La Perla lingerie is synonymous with understated luxury and this season they have partnered with French designer Jean Paul Gaultier to produce some of the most stunning underthings I have ever seen. Unfortunately for poor little me the price is rather stunning too – starting at €300 for a pair of knickers and almost a grand for a corset! Unfortunately I won’t be on the receiving end of luxurious lingerie this Valentine’s Day (unless there’s a secret rich admirer out there!) but for anyone who’s wondering what to buy their girlfriend/wife/mistress and has rather a lot of spare cash this is the perfect gift. All pics from www.net-a-porter.com and click through to buy.

These pieces are reminiscent of the ad campaign for Classique by Jean Paul Gaultier. I adore the underwear in this picture. 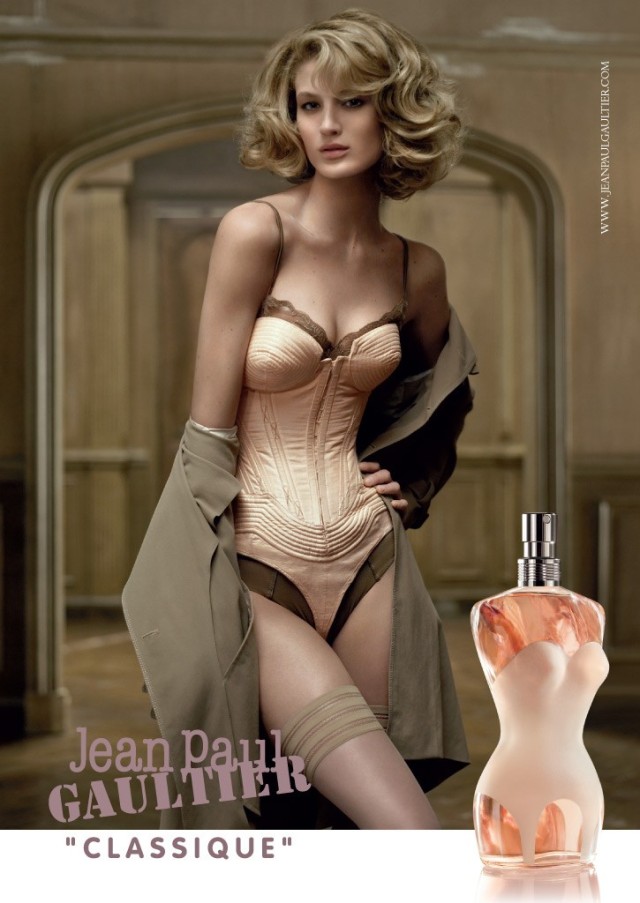 One thought on “Jean Paul Gaultier for La Perla”